Furusato nozei (a tax-deductible hometown donation system that began in 2008), is often used by Japanese taxpayers. In return for the payment of their income or their residence tax to their municipality of origin, they can receive donations, mainly of local specialities, from municipal beneficiaries. It is also deductible from his annual tax bill, so both parties benefit from contributions. Personally, I use it every year, and in return I get wagyu beef, freshly caught fish and seasonal fruits.

Taxpaying foreign residents are also eligible for this system, but many are unaware of this, and even if they are, they face a hurdle because the sections of the website dealing with prefectures furusato nozei are only in Japanese.

On October 1, Luxurique, a Tokyo-based start-up, launched Furusato Japan, a multilingual online platform for furusato nozei. President and CEO Naomi Mano said: “Rather than goods or food, I hear that expats would like to invest in bespoke experiences.”

Furusato Japan aims to promote sustainable domestic tourism by rediscovering Japan’s attractions and revitalizing tourism and local economies. For example, a two-day tour package to Arita in Saga Prefecture (donation ¥1,750,000) focuses on learning milky white Aritayaki porcelain, taking you on a journey of 400 years of history. 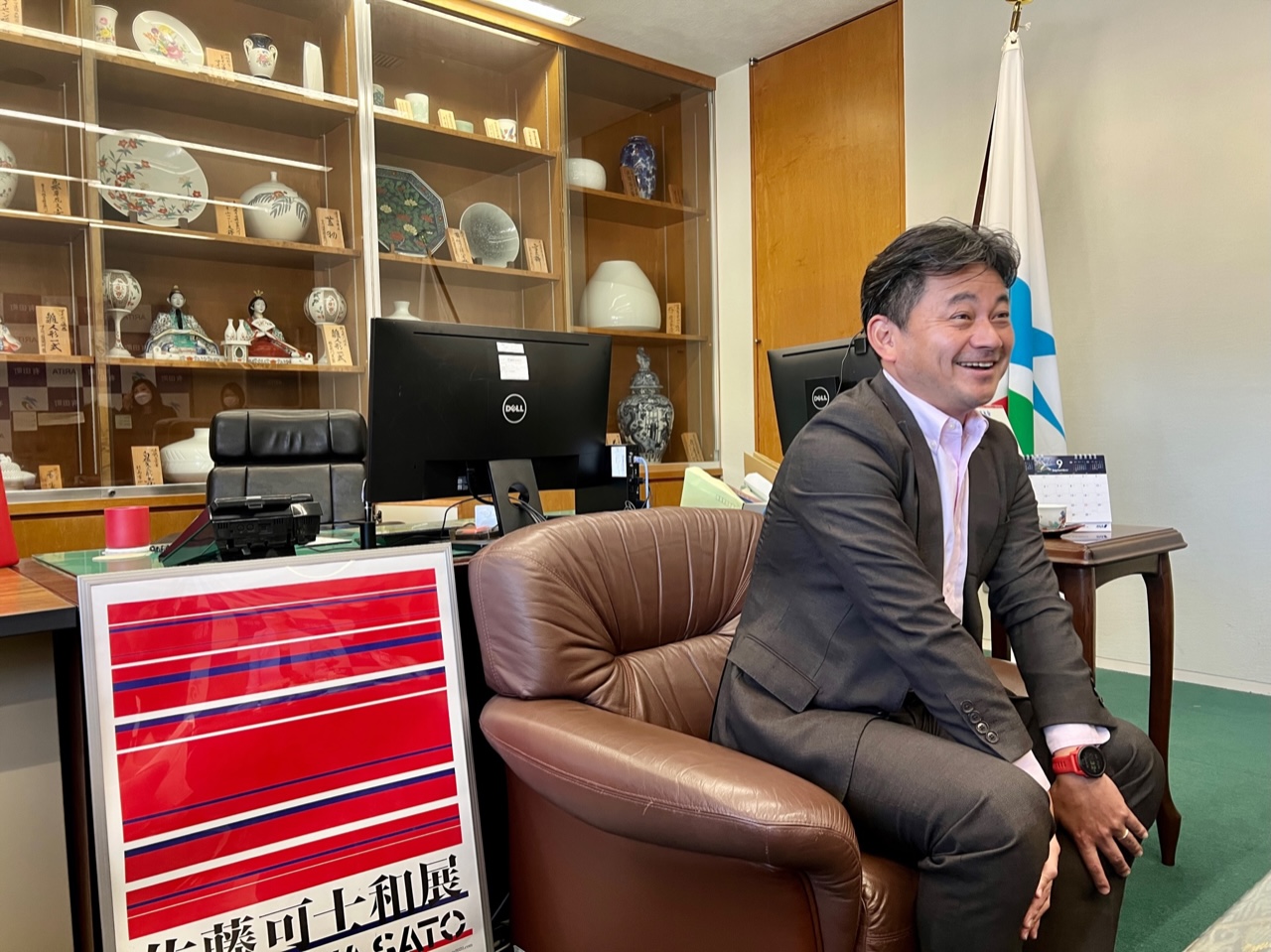 Arita Mayor Yoshiaki Matsuo said, “We are very proud of our cultural heritage and want to promote our ‘forward-thinking’ culture to the world. He explains that in the small town of 20,000, students eat the school lunch served at Aritayaki, and each household has Aritayaki tableware. Considering Aritayaki is known for being a luxury item, owning one in the average household elsewhere is rare, but at the same time, you can imagine the weight of resident pride.

A visit to Ri Sanpei Pottery Studio allows you to better understand the story of Aritayaki Kakiemon, a human national treasure. The tour offers special experiences not open to the public, such as spinning the potter’s wheel, taught by the 14th-generation direct descendant of Ri Sanpei, the original founder of Arita’s foundation stone in Japan. Ri brought the craftsmanship to Arita from Korea and produced porcelain designs while being the inspiration for the famous Meissen. 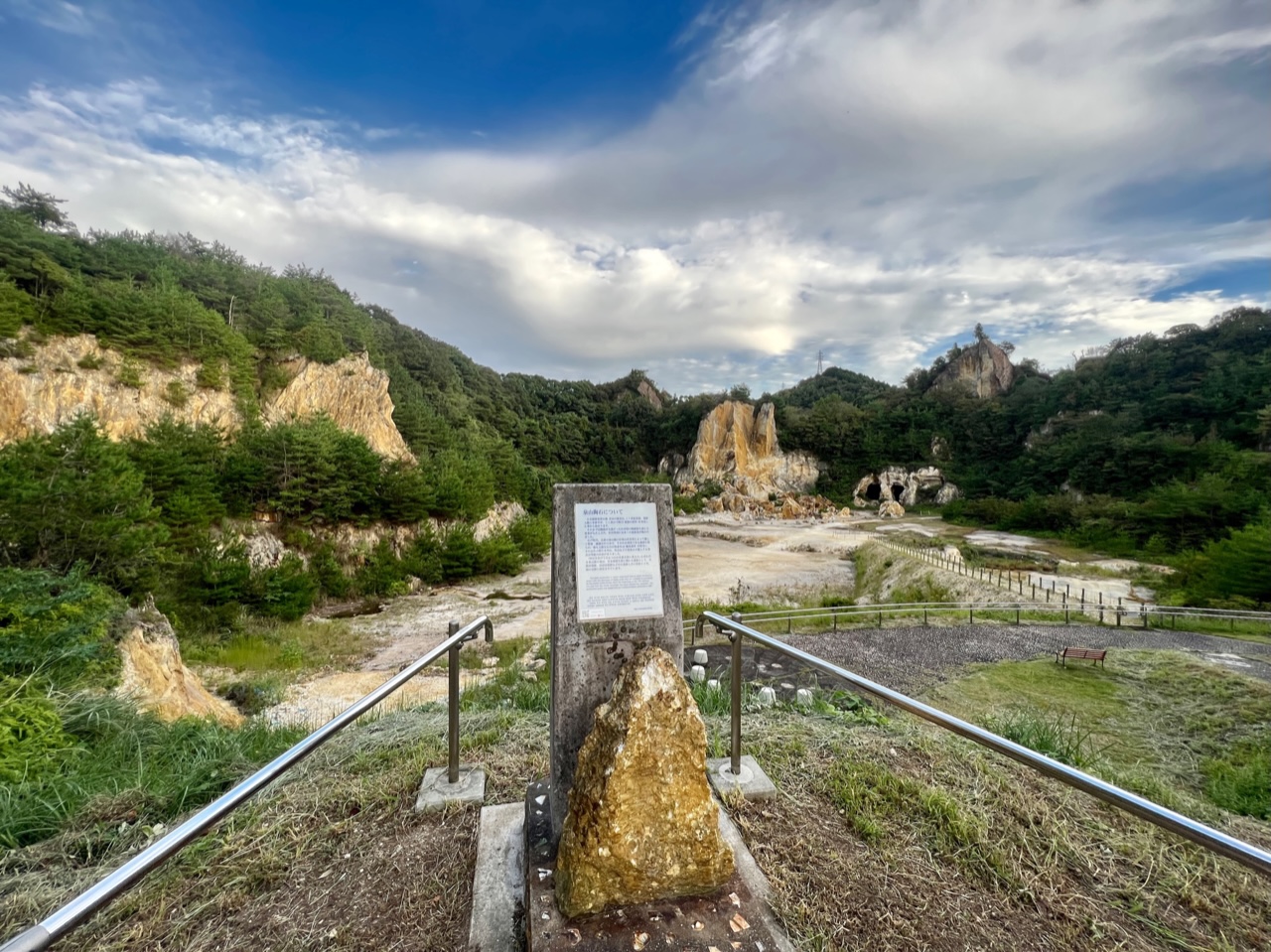 The trip also includes an exclusive visit to Izumiyama Quarry, designated a historic site. The aura that the whitish mountain gives off makes you believe that it is a so-called point of power. A visit to the Arita Sueyama Jinja Shrine shows even more clearly how much the people of Arita cherish their own heritage. The steep staircase before the entrance leads to a torii door and koma inu, or lion-dogs, in Aritayaki. The contrast of porcelain and old wood makes it one of the most unique shrines in the world. 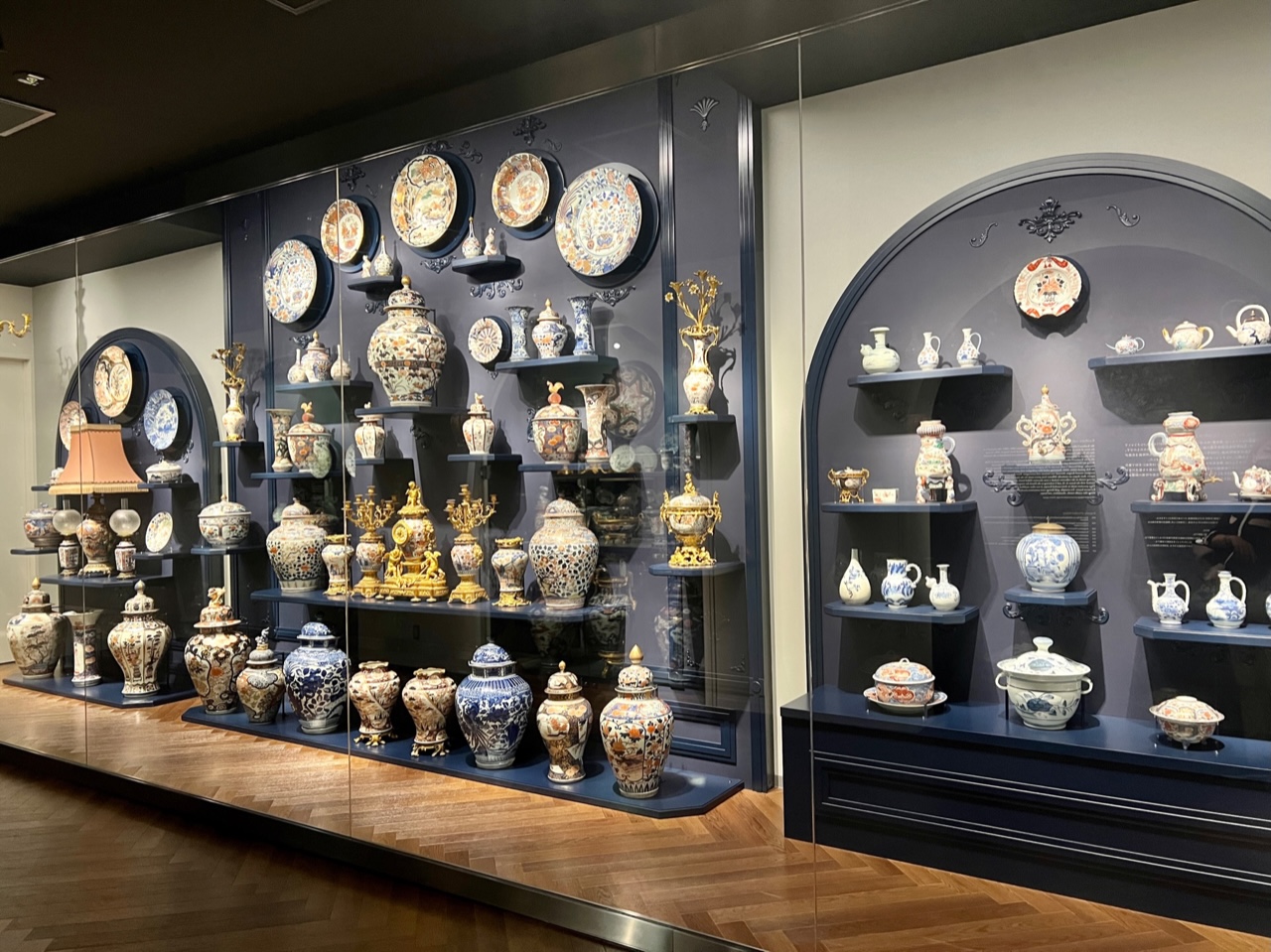 At the Kyushu Ceramics Museum, customers can enjoy precious time with a cup of coffee in an ancient Imariyaki (an offshoot of Aritayaki) tangible cultural property made in 1780. Needless to say, the cafe staff are always very careful not to drop a cup by mistake. 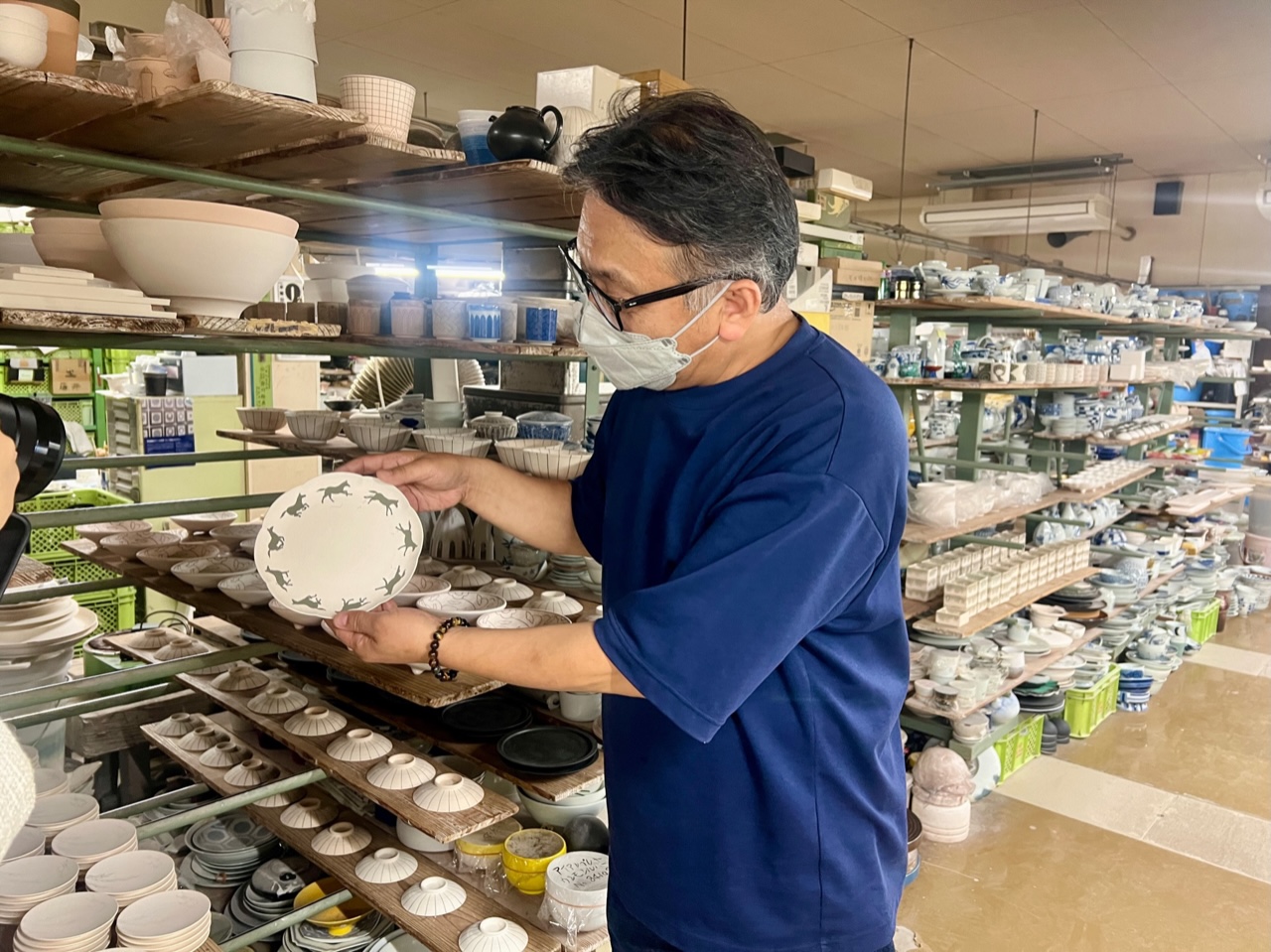 Moving on, Aritacera’s design office and 3D art studio and workshop show visitors its modern approach and the future of Aritayaki. Chairman Shinichi Terauchi is a friendly soul who has discovered an innovative approach. His works are used at the Kaji restaurant, in which lunch is also included in the visit. 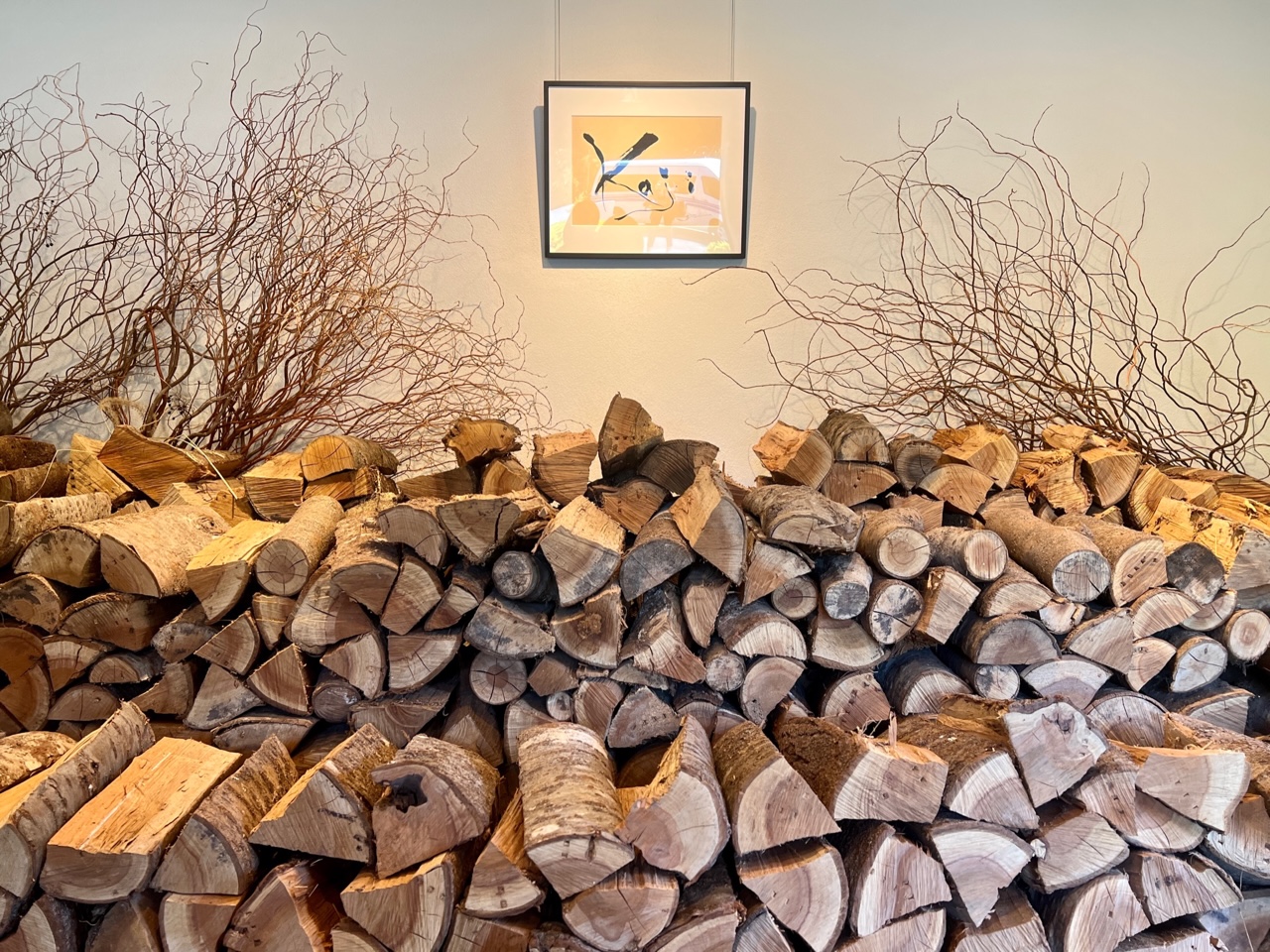 Kaji is a modern restaurant surrounded by the forest of Mount Mifune. Floor-to-ceiling picture windows on three sides change scenery depending on the season – pink cherry blossoms in April, purple wisteria in May, fresh green leaves in August, and a blanket of white snow in January. 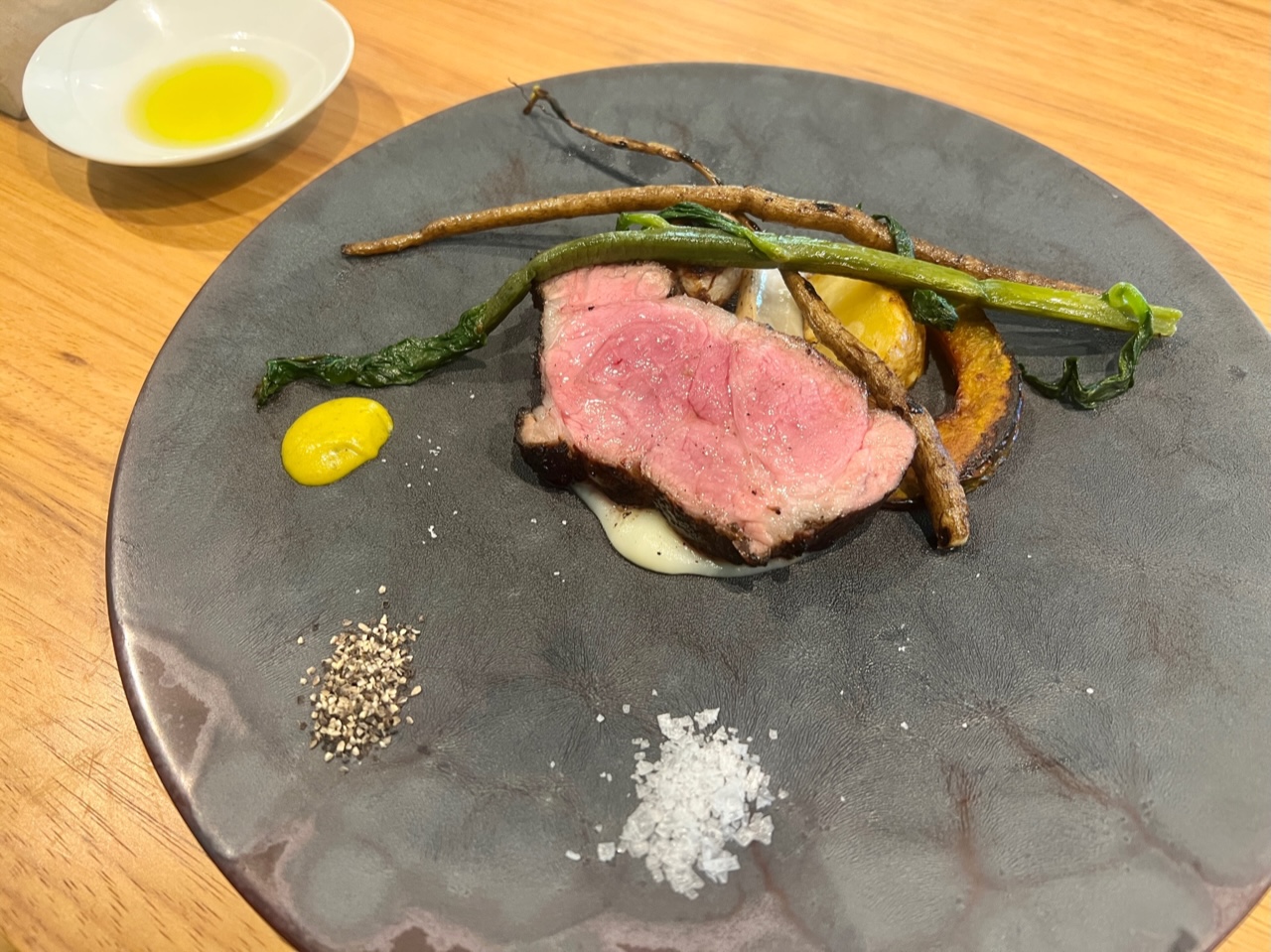 Saga beef, Wakasugi pork and Takeo wild boar, are roasted over a wood fire which are methodically piled into the entrance. Chef, sommelier and owner, Daisuke Kajiwara cooks a theatrical “balance with nature” with local produce on original Aritayaki plates.

The trip includes a chartered taxi and an English-speaking guide, with accommodation at Villa Kaede or Arita House. The taxi driver will guide you through the well-preserved street which is home to hundreds of buildings which are all listed as tangible cultural heritage and a 2000 year old tree. It’s an eye-opening journey filled with new discoveries. The trip is not only highly recommended to foreign visitors but also to Japanese people as a chance to rediscover their roots and the charms of regional Japan.

Other tours organized by Furusato Japan include the city of Fuji in Shizuoka Prefecture (for a donation of ¥1,150,000), where visitors can enjoy a fishing boat ride and a tea ceremony on a tea farm at the foot of Mount Fuji. Ichinoseki City, Iwate Prefecture (donation ¥300,000) offers river rafting in Geibikei Gorge, listed as one of Japan’s 100 Most Scenic Spots. Professional snowboarding in Kutchan Town, Hokkaido (donation ¥750,000) comes with exclusive access to powder slopes that have yet to be developed for general skiing, with bonus photos and video taken by a photographer professional.

With the cap on tourism having been lifted, Japan is expecting a wave of independent visitors. One of the hopes of the Furusato Japan project is that municipalities will benefit from tourists who spend money in their cities, towns or villages.

“When these people return to their countries, they become ambassadors of Japan. This makes them a key demographic,” Mano says, adding that inbound tourism can give Japan an economic boost.

Japan must recognize that exceptionally great hospitality is its greatest resource, and it must be appealed to the world to keep them coming back again and again.

Previous Cooper: Crime is bad for tourism
Next History of Woe: An Ontario temple is born to offer spirituality and hope