admin May 17, 2022 Japan Infrastructure Comments Off on Tips for preparing for the worst-case scenario 29 Views

Ferdinand “Bongbong” Marcos Jr., the son of the late dictator, won the presidential election in the Philippines. He will face the same challenge that President Duterte faced six years ago. Namely, the challenge of managing relations with China and defining the role that security relations with its ally, the United States, should play. However, the strategic environment the Philippines finds itself in in 2022 is different than it was in 2016. The Philippines now faces the additional challenges of a suspended South China Sea arbitration award, Chinese influence heightened and a seriously damaged relationship with the United States.

The United States, the Philippines’ only ally, has begun to use the term “integrated deterrence” more frequently in the past year. In the words of Pentagon officials, this can be understood to mean not only the integration of traditional land, sea and air domains with new domains such as space and cyber, but also whole-of-government efforts and cooperation deeper with allies and partners. . The Philippines, located south of the first island chain, is of key geopolitical importance to the United States in Asia-Pacific. Its geostrategic position on the South China Sea makes improving the country’s deterrence capabilities essential for maintaining peace and prosperity in the region.

Against the backdrop of the US-China confrontation, one would think that the Philippines’ path should be obvious. But President Duterte took a different course, which failed to honor the South China Sea arbitration award and work to strengthen security ties with the United States from the Aquino III administration. In order to avoid the mistakes of six years ago, it is imperative to take a comprehensive look at the options open to new President Marcos, who will take office on June 30, and prepare for the worst-case scenario. The first scenario, the most unlikely, is that the next administration is pro-American like the Aquino III administration. In this scenario, Marcos would respect the South China Sea arbitration award and minimize Chinese influence by developing the national infrastructure of the Philippines without Chinese capital and strengthen security relations with the United States. On the security front, the Philippines would gradually expand its five bases under the Enhanced Defense Cooperation Agreement (EDCA) signed in 2014 and could introduce equipment into the Philippines that would induce China to deter.

The next scenario is that President Marcos will follow President Duterte’s foreign policy. In this scenario, China’s influence in the Philippines will be maintained and security relations with the United States will not develop as desired. This scenario is the most likely, as President-elect Marcos leans toward maintaining President Duterte’s friendly stance toward China. Given that Defense Minister Lorenzana has largely supported security policy under the Duterte administration, it will be extremely important to know who will occupy this position in the new Marcos administration and what role this person will play. It should also be noted that under the Duterte administration, progress was made in defense cooperation with Japan and Australia to deal with a reduced American presence.

The third and worst-case scenario is that the next president will adopt a more pro-China foreign policy than that of President Duterte. Security relations with the United States would be severed and the security partnership with Japan and Australia, which has gained momentum in recent years, would stagnate. This undesirable situation is synonymous with the loss of the Philippines as a potential base for accumulation, organization, supply and exits of troops in the event of a crisis in the Taiwan Strait.

At this point, it would be prudent for the United States, as allies, to offer cooperation and support to encourage President Marcos to adopt the first option. But if we want to learn from past mistakes, it’s important to keep three things in mind. First, US approaches must be tailor-made. In other words, the assistance offered must be carefully tailored to the needs of the Philippines. For example, although the US State Department has approved the possible sale of F-16 fighter jets, Sidewinders and Harpoon missiles to the Philippines in 2021, the Philippines may be forced to abandon this purchase and seek new sources. other fighter jets due to affordability issues. This is an example of an unequal approach, where the offer of assistance from the United States does not take into account the real situation in the Philippines. 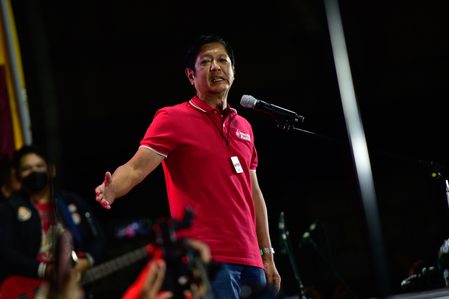 Second, security relationships must be sustainable. One of the Japan-Philippines defense cooperation programs developed under Prime Minister Shinzo Abe’s administration, the Capability Building Project, which uses the capabilities of the Japan Self-Defense Forces (JSDF) to help increase the capability of Philippine Armed Forces, received high praise. As a senior JSDF official said, “Depending on the needs of the supported countries, we will work with care and patience for a long time,” and such efforts are meaningful not in the short term but on a sustained basis. Although when the Biden administration rolled out the Indo-Pacific strategy, the senior official mentioned, “there has been a longstanding continuity, which is, you know, between administrations and between parties. in terms of looking at the basic principles of what we do with the region”. and Biden has yet to show any difference from the Obama administration’s “pivot to Asia” or “Asia rebalancing,” which emphasized the Asia-Pacific region.

Third, defense cooperation and accompanying support from the United States should avoid a gap between saying and doing. Promising statements, unsupported by actions, discourage peers. As Zach Cooper, a senior fellow at the American Enterprise Institute, explained, “Asian officials worry about America’s ability to turn words into action. This strategy, like other recent documents published by the administrations of the two parties, often appears more rhetorical than realistic. The gap between positive messages and what is actually done must be reduced.

In July 2016, the South China Sea arbitration award was dropped by President Duterte. And in May 2022, he did not attend the US-ASEAN summit. If the United States wants “integrated deterrence” to work in the first island chain, it must repair its damaged relationship with its ally, the Philippines, and strengthen its security ties. When deterrence fails, we cannot always fight under perfect conditions and we need to think hard about how to allocate limited resources. It remains to be seen what decision President Marcos will make, but there is still a way for us to assume the worst and prepare for it. – Rappler.com

Lt. Col. Kojiro Tonosaki is a transport pilot in the Japan Air Self-Defense Force and currently a Visiting Scholar with the Japan Chair at the Center for International Strategic Studies. The opinions expressed here are solely those of the author.