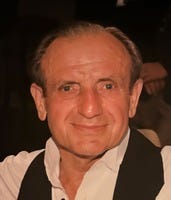 Thailand is working to reopen to foreign tourists following the prime minister’s pledge to lift most restrictions by mid-October, in a bid to get the economy back on track.

Hospitality companies are placing their hopes in Phuket’s sandbox model from July 1 to accelerate tourism recovery and save the industry from another lost year, despite the risks and uncertainty surrounding the pandemic.

“Now is the perfect time to reopen the country to the world, following other destinations in Europe, the Middle East and the United States that have already opened up to safe countries and vaccinated travelers,” William said. Heinecke, founder and president of Minor International.

Clear tourism prospects remain difficult to predict due to the many entry requirements for fully vaccinated tourists.

Garth Simmons, Accor’s general manager for Southeast Asia, Japan and South Korea, said there was a growing trend of inbound searches for Phuket and bookings from countries with high rates of vaccination high after Thailand’s Tourism Authority confirmed Phuket to reopen in July.

Mr Simmons said the company had seen a 92% increase in bookings since the confirmation of the Phuket sandbox, especially in high-end and luxury properties.

Accor has 21 hotels and resorts across the island, more than half of which have already reopened.

He said non-Thai guests made up only 14% of rooms booked in Phuket in April, but a number of early bookings come from foreigners, including Germany, the UK and Israel.

He said the booking models reflect the travel restrictions that remain in place.

The company expects solid growth in key regions, including the Middle East and Europe, following the easing of restrictions in October.

Two properties in Phuket of Onyx Hospitality Group, a subsidiary of Italthai, have continued their services since the first wave of last year and are seeing demand from July to September in markets such as Israel, UK, Germany, France, Spain, Belgium, Switzerland and the United States, said Yuthachai Charanachitta, CEO of Italthai Group.

Additionally, recent data from Airbnb, an online accommodation sharing platform, showed that searches for accommodation in Phuket were up 80% in June compared to January.

From May 16 to June 16, Airbnb saw a significant increase in searches for Phuket in markets such as the United Arab Emirates, which increased by 3.8 times, followed by more than 2 times in the Netherlands and more than 1.5 times in Japan.

Tourists from the US, France, UK, Germany and Russia are among the top source markets to book accommodation in Phuket with Airbnb.

International travelers are opting for a long-term stay of 28 days or more, mostly attributed to a change in lifestyle at work and traveling amid the pandemic.

In terms of the domestic market, Phuket, Krabi, Koh Samui, Hua Hin and Pattaya are the most booked destinations.

According to a market report by Horwath HTL, a hospitality and tourism consultancy firm, hotels in Phuket are forecasting a gradual U-shaped recovery, with a recovery expected in 2023.

However, hotel occupancy rates will not return to the peaks of 75.5% recorded in 2018 by 2025 due to intense competition in the mid-range segment and the slow ramp-up of new resorts. luxury, the consulting firm said.

As operators devote time, money, manpower and resources to the success of the reopening plan, a lack of information, conflicting instructions or confusion could result in greater losses or affect the financial situation caused by the pandemic, Yuthachai said.

He said clear and timely communication between all stakeholders is vital for the reopening to gain the trust of travelers.

Mr Simmons agreed, adding that the country needed a clear communication strategy from the government to make travelers and businesses more confident.

The most urgent need is to speed up the vaccination rate in Thailand to ensure the safety of locals and increase the confidence of impatient foreign visitors, he said.

The government should consider a long-term tourism stimulus plan in close collaboration with the private sector and local communities to boost the revival of the industry, Simmons said.