admin October 27, 2022 Japan Online Travel Comments Off on Rebecca Smart and Paul Kelly on DK’s connection to its consumers 4 Views

Rebecca Smart: “We are very accessible”

Heads shot early last month when the CEO of Penguin Random House Markus Dohle underlined in Bertelsmannincome report DK in the world had “the strongest first six months in the world since being part of Random penguin house.”

Dohle had named Rebecca Smart and Paul Kelly as co-CEO in April during London Book Fair, succeeding Carsten Coesfeld. And DK, founded in 1974 as Dorling Kindersley, had already announced its best year in its 48-year history in 2021, “strengthening its creative core”, as Dohle wrote in a memo, “expanding the discovering its books online, while continuing to support all book retail channels and build strategic partnerships with our sister companies Penguin Random House.

Created by a duo – Christopher Dorling and Peter Kindersley – and now led by another duo, Smart and Kelly, DK has something rare in the international book publishing industry: actionable brand recognition among its consumer base. . Other than in cases of heavily targeted content, readers on the whole are often not particularly aware of publisher or editor names.

And when Publication prospects talks to Smart and Kelly as they approach Frankfurter Buchmesseit becomes clear that nearly half a century of building up such a following is not something they take lightly.

“The brand resonates so strongly with people,” Kelly says. “I always find it amazing and quite humbling when you meet people and all of a sudden it’s, ‘Oh my God, you’re from DK. I love DK books.’ And then they start remembering all their DK books. It’s got real excitement and energy with it. It’s recognized, and it’s recognized for its quality. People know that when they get a DK book, that will be the most sought after, gathered by the most experts, and designed in an innovative way. It’s a really powerful thing.

Paul Kelly: ‘Something for literally everyone’

If anything, Kelly and Smart seem to have been aware of this, respectful of so much loyalty among readership while refreshing the brand. The new logo is cleaner, more contemporary, more abstract, but not shocking, not a badge that devotees still can’t easily spot across the aisle in a bookstore.

Ask Smart what’s behind such strong readership of the brand, and she replies, “I think we’re very approachable. I think DK appeals to families all over the world, all families, so to speak. And I think that’s been a comforting thing for people. We have worked a lot on the aesthetics in recent years. So I think you get the same, the same DK, but we worked very hard to make the books even better than before. She cites this sleek yet familiar new logo as an example of that.

“The other thing,” Kelly says, “is the breadth of the roster. There’s something in there for literally everyone, in all age ranges and whatever your interests.

This has been a big priority over the past few years, expanding that reach, he says, which, as Smart repeats, finds its basic context in families. 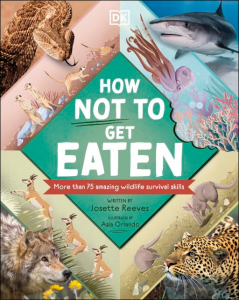 There’s also an ineffable air of gentle humor behind much of DK’s signature output of illustrated reference books. You catch it in her series of travel books titled “Like a Local» and in the title 2019 Be More Japan: the Japanese way of life by DK Eyewitness Travel. And here is the June publication of Josette Reeves How Not to Get Eaten: 75+ Amazing Wildlife Survival SkillsIllustrated by Asia Orlando.

The popularity of DK books also “depends a little bit on where you are in the world,” Kelly says. “In Asian markets, it’s really some of that reference and educational content that works so well. Whereas in the UK market it’s probably a lot more about inspirational types of books.

And DK—Publication prospects‘the internationalist readership will be happy to know – is known in a wide range of markets.

“There are over 100 countries,” says Smart, and offices beyond London are based in Toronto, Indianapolis, Delhi, Melbourne, Munich, Madrid, Beijing and Jiangmen.

Translated into some 65 languages, DK reach is “a state of mind,” as Kelly says in agreement with Smart. “We are incredibly global.”

Being “incredibly global,” however, means that the challenges likely to keep these CEOs awake at night relate to, you guessed it, “supply chain disruptions,” Kelly says.

This topic, which is generating so much attention and conversation this year, is all too familiar to many publishers. “Like everyone else,” Kelly says, “we’ve seen the transportation costs, the disruption of the transportation of books around the world. It’s hard work, it really is, and we had to absorb a lot more costs than normal.

“And we really hope to see some of the situation calm down next year, because it’s been quite difficult for the last couple of years… Surprisingly, we’ve generally been able to continue to get our books into stores with minimal disruption. But it comes down to an absolutely incredible team behind the scenes that does all of this and keeps the books moving in ships all over the world.

“So that’s it,” the thing that keeps him awake at night, says Kelly – in good company with so many publishing executives this fall. “It’s just the very lively thing going on. And inflation too. I think we have more challenges ahead, down the line.

As DK’s highly globalized network has felt the effects of supply chain challenges, Smart says, “We have so many opportunities. We launched something called DK Learninga new offering released in March that includes expanded classroom resources and support for educators in lesson planning and delivery.

Smart and Kelly also talk about the restructuring of their international teams and a planned doubling of Spanish content underway, intended to take what is now some 40-50 annual Spanish publications up to 120 Spanish titles and bilingual publications. . seem to be of major interest in the plans.

“And we’re looking to expand the reach of our rights,” Kelly says, “by meeting and talking with more partners.” 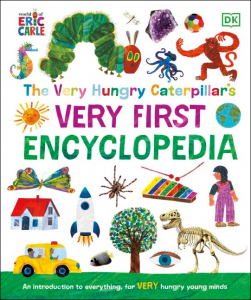 “We’re known for working with big licensors,” says Smart, “Lego and Disney are the most famous, and they’re extremely important to us. But what’s really exciting is that we’re also introducing new ones. So we make books with Eric Carle. We published The Very First Encyclopedia of the Very Hungry Caterpillar (September 6).

“Then next year we also have books with Sesame Street, with Minecraft, Dungeons and Dragons, Magic: The Gathering. So there are a lot of new licenses coming in as well. partnering with “many big organizations around the world to license content, because we own a lot of content. It’s something we’re also developing and looking for opportunities.”

“With our best year last year,” says Kelly, “and our best semester this year, we’re really excited,” even hoping that some of the supply chain issues shared with so many intensely international operations that are facing may be relaxed in 2023. “We have a lot of plans,” Kelly says. “So I’m crossing my fingers.” 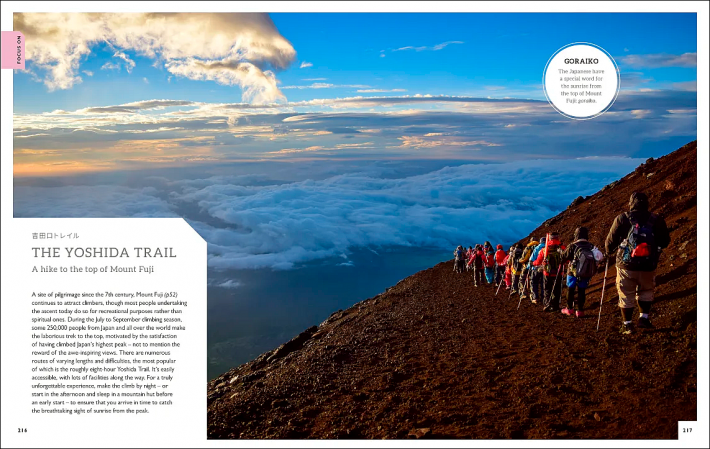 Image: from the DK Eyewitness Travel series ‘Be More Japan’

This is a story of our Frankfurter Buchmesse trade fair magazine, is now available to our global readership in a free digital download online. The magazine originally appeared in print at the Messe Frankfurt for trade visitors during the opening of the Frankfurt Book Fair on October 19.

The magazine features extensive coverage of the issues and trends that drove the discussions and debates at the show this year, as well as interviews, profiles and commentary in this year from Frankfurt very busy. Click here for your download (PDF).

Learn more about the COVID-19 coronavirus pandemic and its impact on international book publishing is here.

Porter Anderson is a non-resident member of Trends Research & Advisory, and was named International Business Journalist of the Year at the London Book Fair’s International Excellence Awards. He is editor of Publishing Perspectives. He was previously associate editor of The FutureBook at The Bookseller in London. Anderson was a senior producer and anchor for CNN.com, CNN International and CNN USA for more than a decade. As an art critic (National Critics Institute), he has collaborated with The Village Voice, the Dallas Times Herald and the Tampa Tribune, now the Tampa Bay Times. He co-founded The Hot Sheet, a newsletter for authors, which is now owned and operated by Jane Friedman.