Japan has brought together a supergroup of aeronautical, industrial and space organizations to build a supersonic airliner.

The Japanese aerospace industry is currently focused on manufacturing components for airplanes and engines, including wings and fuselages. Mitsubishi recently planned to build its own midsize passenger jet in a hangar. Another more successful exception is the Subaru joint manufacturing deal for the Bell 412 helicopter, sold locally in modified versions called the Subaru Bell 412EPX and XUH-2.

JSR’s vision is to engage in the joint international development of supersonic aircraft by 2030.

JAXA’s contribution to JSR includes a decade of sonic boom research. The space agency already has an airplane design with a much sharper, needle-esque nose than the bird-shaped hook nose Concorde used to improve pilot visibility during take-off and landing. At one point, a JAXA aviation director claimed that noise pollution from takeoffs and landings of its supersonic planes would be half that of the Concorde. 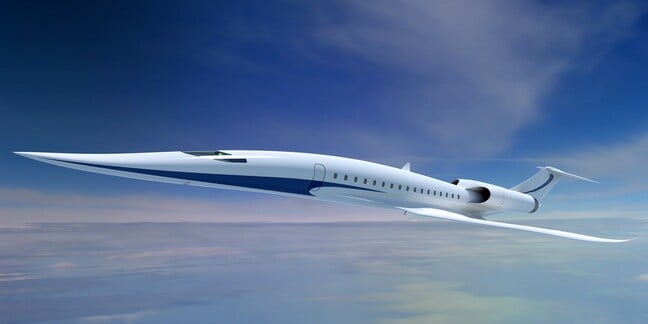 The other problem with the Concorde was terrible fuel mileage. JAXA believes this too under control, thanks to its lighter design than previous efforts.

JSR will have competition: United Airlines is purchasing 50 supersonic jets from Colorado startup Boom Supersonic for use by 2029. This model is known as the Overture and is expected to reach Mach 1.7. Â®